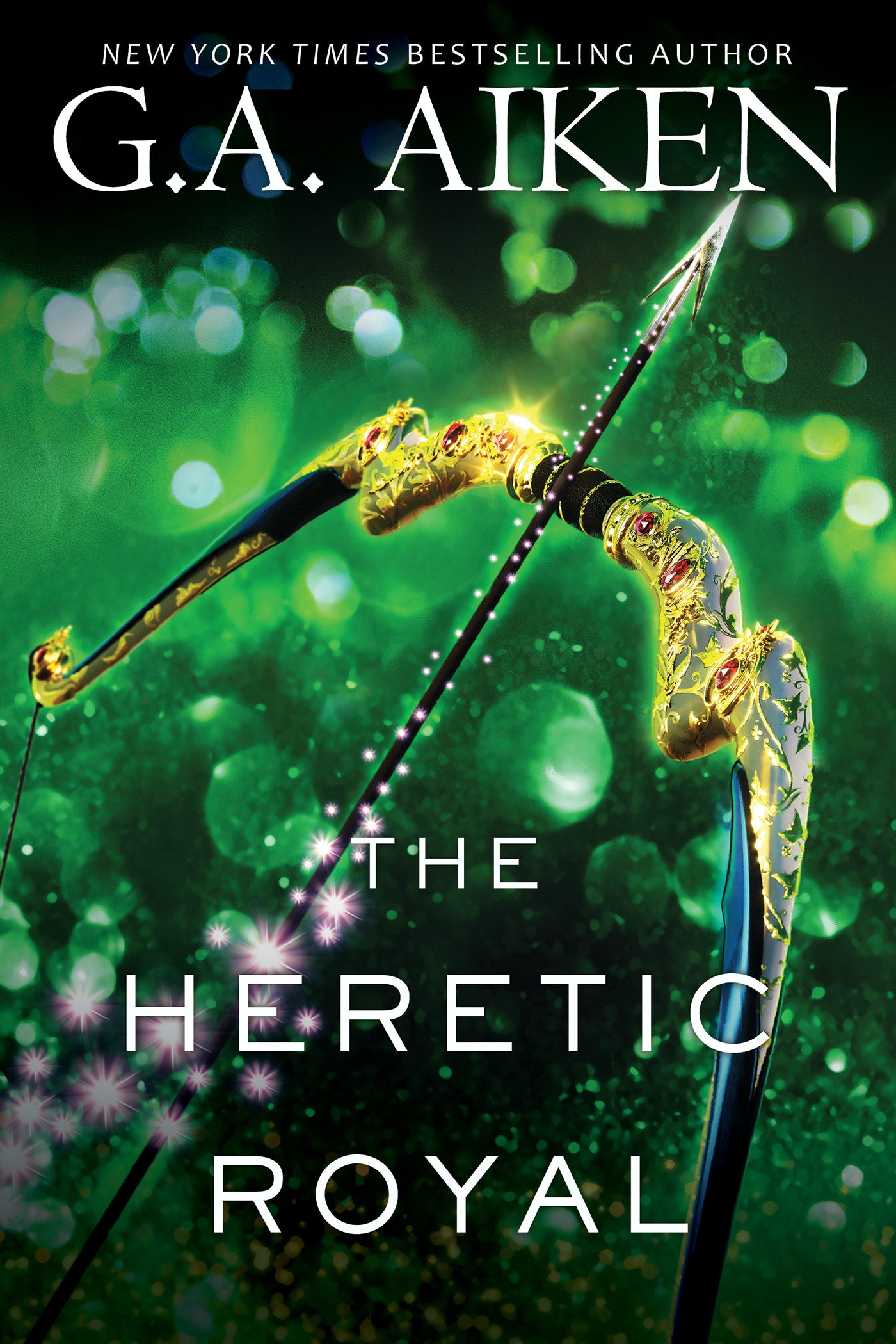 Book 3 in The Scarred Earth Saga

Gods save the queen! Ainsley Farmerson has always planned to break free of the family business—and the family drama. But what was once farming, smithworking, and bickering over the dinner table has turned into open warfare between sisters. Sides have been taken, lives are on the line, and Ainsley has no doubt which sister must be queen. She’ll do whatever is necessary to take down the soulless Beatrix. Even if that means joining forces with angry battle nuns, irritating monks, and overbearing centaurs.

Gruffyn of the Torn Moon Clan has no time for human beings. And yet . . . there is something about the uncontrollable princess that he can’t ignore. Maybe it’s the way her eldest sisters underestimate her. Or her bravery facing down dragons and mad queens from distant lands. Whatever the reason, Gruff is willing to fight by this human’s side. Not only for the entertainment value, but because she’s right. Beatrix must never be queen. So whatever he has to do, whoever he has to destroy, Gruff will battle beside Ainsley. Fast. Hard. And with absolutely no mercy . . . 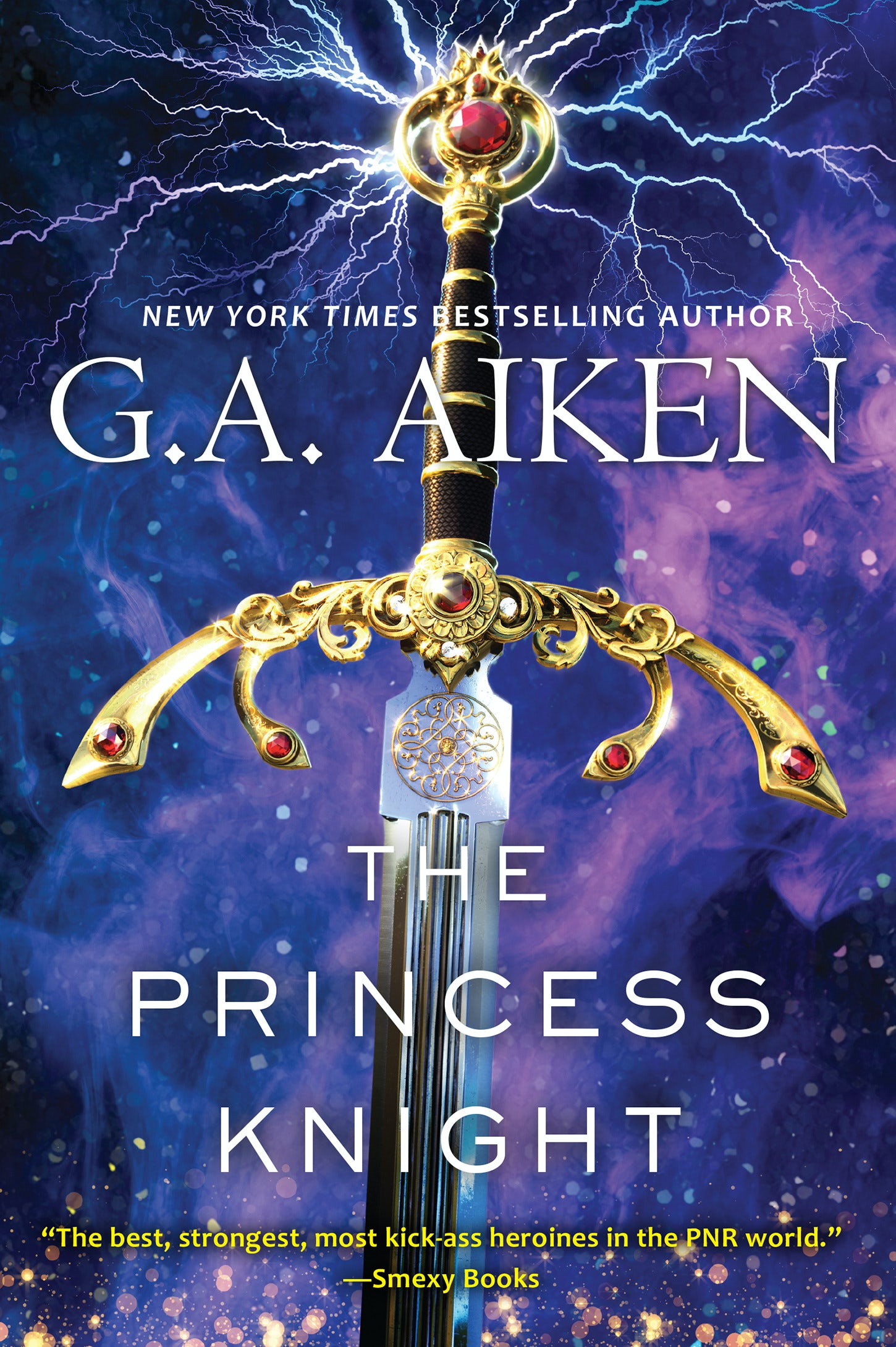 Book 2 in The Scarred Earth Saga

In New York Times bestselling author G.A. Aiken’s gripping new fantasy romance series, the Blacksmith Queen must confront armies and pretenders desperate to take her new-won crown. But with the Princess Knight at her side and a centaur warrior clan at her back, she’ll risk everything for victory . . .

Gemma Smythe dedicated her life to the glory of battle. With her fellow War Monks, she worshipped the war gods, rained destruction on her enemies, and raised the dead when the fancy took her. Until her sister Keeley became the prophesied Blacksmith Queen, and Gemma broke faith with her order to journey to the Amichai Mountain and fight by Keeley’s side.

The Amichai warriors are an unruly, never-to-be-tamed lot, especially their leader-in-waiting, Quinn. But when the War Monks declare support for Gemma’s ruthless younger sister Beatrix, the immaturity of her key ally is the least of Gemma’s problems. She has to get to the grand masters, dispel their grudge against her, and persuade them to fight for Keeley and justice. If her conviction can’t sway them, perhaps Quinn’s irritating, irreverent, clearly unhinged, ferocity will win the day . . . 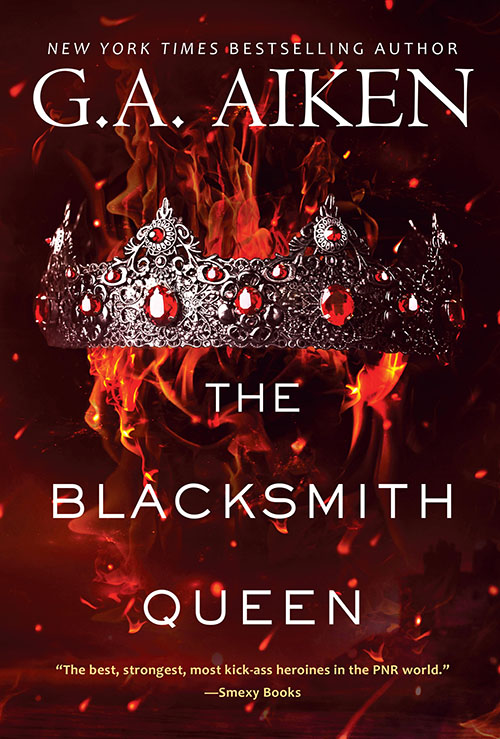 BOOK 1 in the Scarred Earth Series

The Old King Is Dead

With the demise of the Old King, there’s a prophesy that a queen will ascend to the throne of the Hill Lands. Bad news for the king’s sons, who are prepared to defend their birthright against all comers. But for blacksmith Keeley Smythe, war is great for business. Until it looks like the chosen queen will be Beatrix, her younger sister. Now it’s all Keeley can do to protect her family from the enraged royals.

Luckily, Keeley doesn’t have to fight alone. Because thundering to her aid comes a clan of kilt-wearing mountain warriors called the Amichai. Not the most socially adept group, but soldiers have never bothered Keeley, and rough, gruff Caid actually seems to respect her. A good thing because the fierce warrior will be by her side for a much longer ride than any prophesy ever envisioned . . . 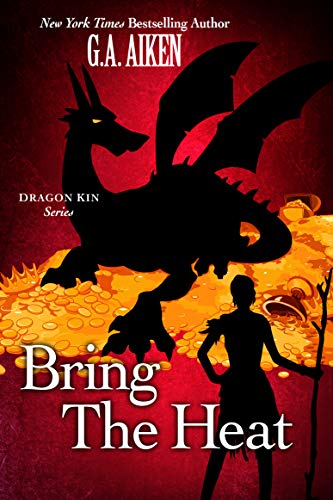 BOOK 9 in the Dragon Kin series

I, Aidan the Divine, am, well divine. My name was given to me by the Dragon Queen herself! I’m a delight! Cheerful. Charming. And a mighty warrior who is extremely handsome with a very large and well-hidden hoard of gold. I am also royal born, despite the fact that most in my family are horrendous beings that don’t deserve to live. And yet, Branwen the Awful—a low-born, no less—either tells me to shut up or, worse, ignores me completely.

I’ll admit, I ignore Aidan the Divine because it annoys him. A lot. But, we have so much to do right now, I can’t worry about why he keeps staring at me, or why he always sits so close, or why he keeps looking at me like he’s thinking about kissing me. We have our nations to save and no time for such bloody foolishness…no matter how good Aidan looks or how long his spiked tail is. Because if we’re going to win this war before it destroys everything we love, we’ll have to face our enemies together, side by side and without distractions. But if we make it out alive, who knows what the future will hold… 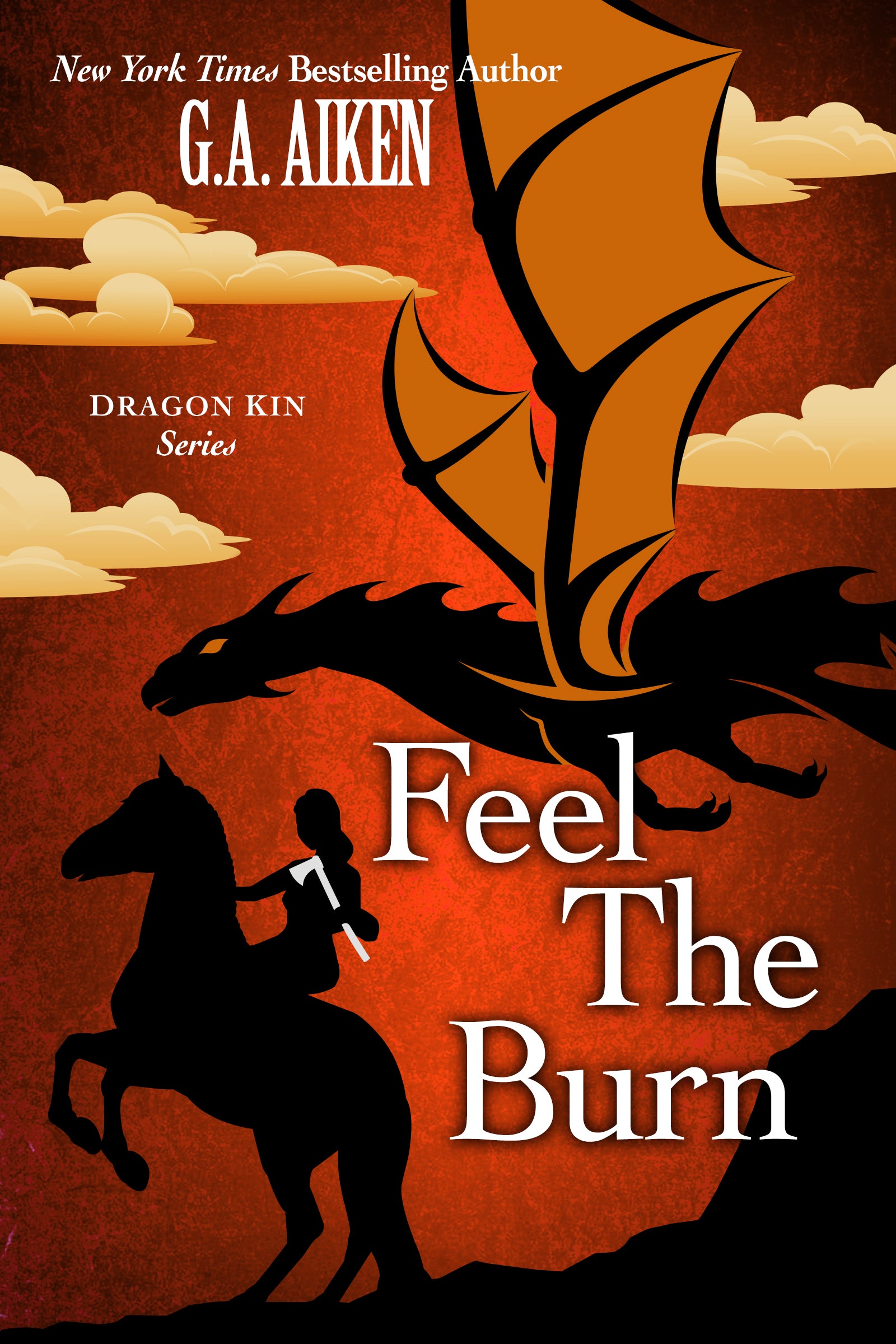 Book 8 in the Dragon Kin series

“This potent story mix is wacky and fun-filled, with plenty of humor and blood-thirsty action–plus a touch of pathos.”  ~4 1/2 stars from Jill M. Smith, RT Book Reviews

I, Gaius Domitus, one-eyed rebel dragon king of the Provinces, know that better than most, since I have to fight off half my ungrateful family on a regular basis to keep law and order here in my lands. But I never expected to have to consort with a barbarian human woman.

Kachka is beautiful, if you like them fierce—and of course I do. But she keeps complaining about how spoiled and decadent I am, and how a feared Daughter of the Steppes has no time for foolish dragons. I think she likes my eye patch, though. It is quite dashing. With death always at our tails, we take our passion like we take our allies. As they say, love the barbarian you’re with… 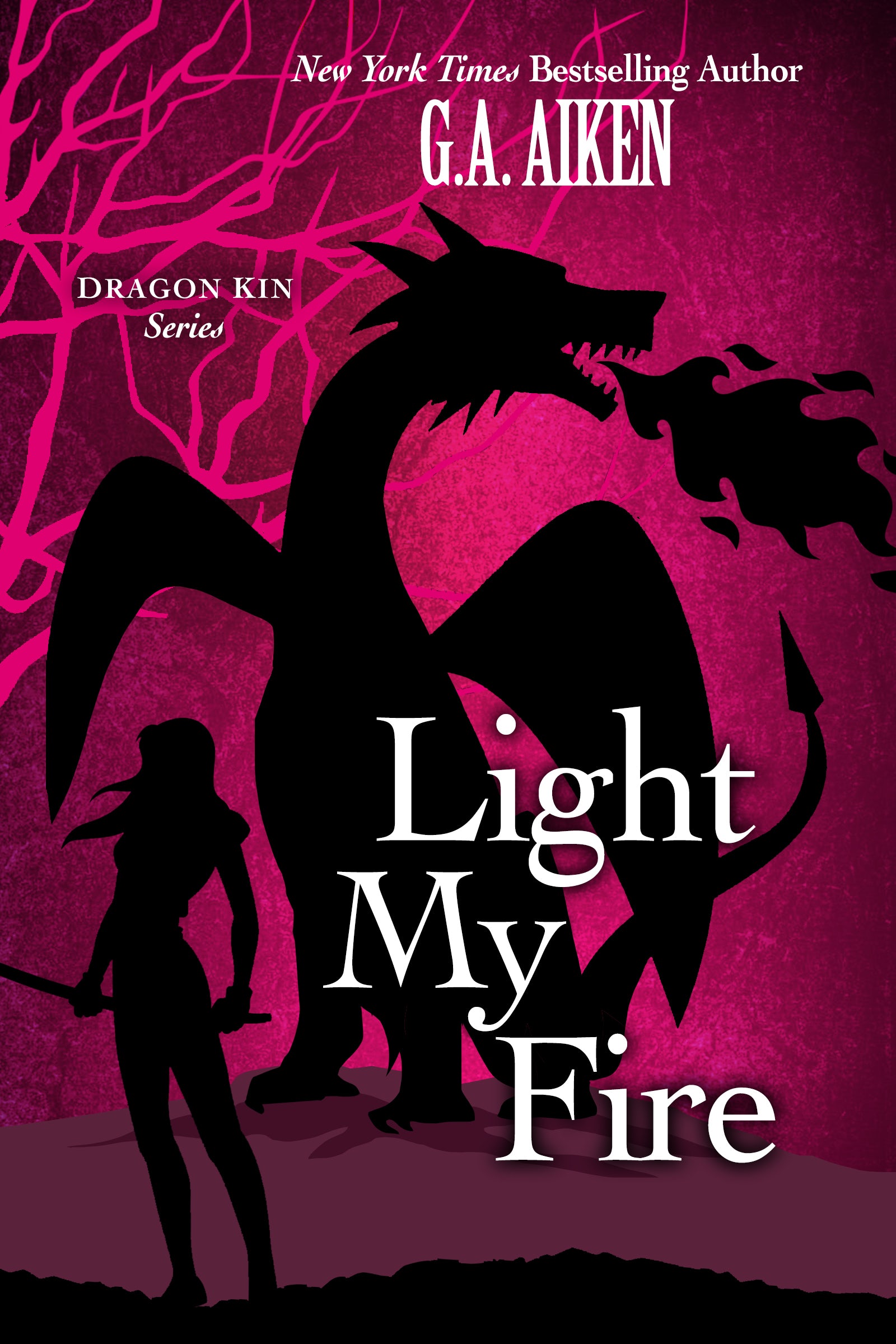 Book 7 in the Dragon Kin series

The trouble with humans is that they’re far too sensitive. Forget you put a woman in the local jail for a few months–and she takes it so personally! And yet she is the one trying to assassinate the queen. And now I’m trapped with Elina Shestakova of the Black Bear Riders of the Midnight…gods! That endless name!

But what am I to do? I am Celyn the Charming with direct orders from my queen to protect this unforgiving female.

Even more shocking, this unforgiving female is completely unimpressed by me. How is that even possible? But I know what I want and, for the moment, I want her. And I’m sure that she, like all females, will learn to adore me. How could she not when I am just so damn charming?